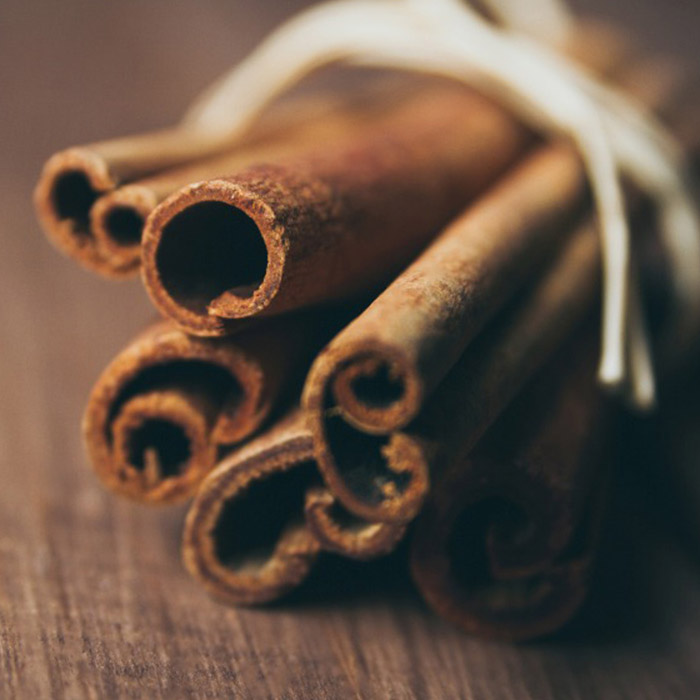 Cinnamon is native to the Indian subcontinent. It requires a subtropical to tropical climate, found in rainforests and moist forests. It is found all over Nepal mostly at the Chure range (at an altitude of 1500m), at the height of 450-2000m.

It is an evergreen tree with a thick bark reddish brown in color, fruits which are berries and oval leaves with yellow flowers. The leaves have a spicy aroma. They take 3-5 years to grow.

The outer bark is stripped and inner bark is used as cinnamon is used to make cinnamon oil, the leaves (called Indian Bay leaves or Tejpat in Nepali) is also used. Its root is also used and is called camphor

1.      Cinnamon leaf oil has antibacterial and antioxidant properties and can be used to to clean fruits and vegetables

3.      It helps keep breath fresh so can be used as mouthwash or a gargle and also to cure mouth sores

5.      It already works as an insect repellent and by adding it to shampoo, it also aids in killing hair lice

6.      In aromatherapy, it helps to reduce exhaustion, faintness and depression, bringing a state of relaxation, furthermore it has the ability to improve cognitive function

7.      It also helps to reduce symptoms of cold and flu as it is believed to enhance the immune system

8.      Used as a diluted solution or in creams, it helps to reduce rheumatic pain and any other aches and also helps to calm dry skin and can be used on rashes because of its antibacterial and coagulant properties

It is advised to not take cinnamon oil by mouth, at least without consulting a doctor, but it is considered safe to intake in small amounts, even for pregnant women and new breastfeeding mothers. Taken in large amounts, it is unsafe to take in large amounts and can cause a number of side effects like dizziness, vomiting, drowsiness, irritation to the skin, mucous membrane, urinary tract, stomach and intestine, etc. Similarly, it is advised to not take while recovering from surgery as it lowers blood sugar and blood pressure both, so it is also advised to be cautious if one has a problem of low blood pressure or low blood sugar.

It is cultivated for essential oil production.

Oils are extracted from plants that are cultivated and also from wildly harvested.

Cinnamonum is how I roll.

Clear your mind and enjoy the view.