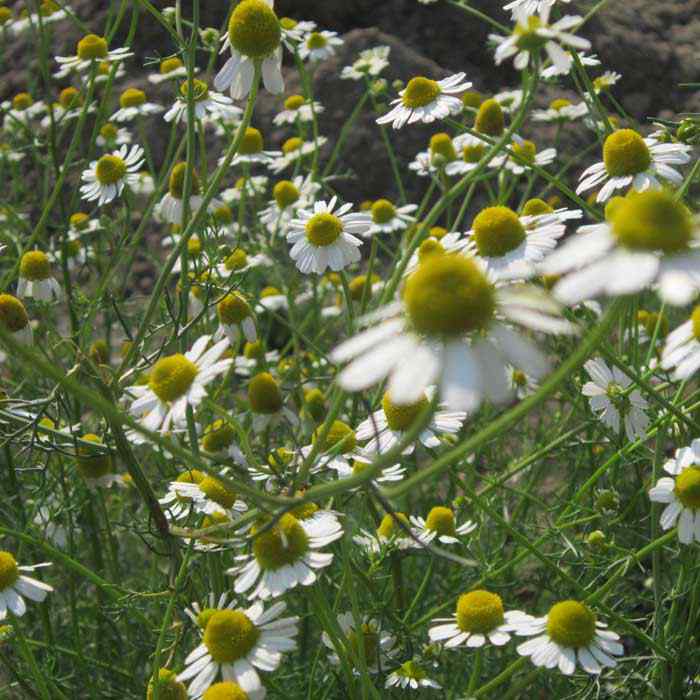 A lovely reminder of what beautiful spring can be.

Chamomile is native to western Europe, India and western Asia. It has been widely introduced in North America, South America and Australia. In Nepal, it is found in hilly regions ranging from the height of 100 metres to 2200 metreshighregions.

It is an annual plant ranging from 60 cm to 1 metre tall, with an intensely sweet smell with a fruity undertone. The chamomile plant thrives in light and sunny conditions. The flowers, which resemble daisies having white petals and a yellow center, bloom in between May to October, depending on the conditions and are edible having a slight apple taste. They have light green and feathery fern-like leaves.

The flower and leaves of chamomile are edible and is used to make tea or for therapeutic use. The rest of the body can be used to make herb beer.

3.      It promotes healing as it treats cuts, wounds and skin conditions

4.      It has great skin benefits, like lightening skin color, treating sunburns, reducing acne, reducing under-eye dark circles as well as antiaging properties as it is a powerhouse of antioxidants

Chamomile is widely used therapeutically, however, it can cause allergic reactions on the skin, and eyes as well as cause hypersensitivity. It is advised to be consumed moderately as it may induce vomiting when taken in large amounts.

It is both found in wild and cultivated.

The flowers from our farms provides this essential oil.

Clear your mind and enjoy the view.